Hello, folks, Halloween is approaching pretty soon! Guess what? I have spooktacular news! Those goblins and ghouls are lurking around the corner just so they can trick you out off your goodies. Today, I thought I will tell you a story about a young girl and her pet on their way to her parents garden field.

Early morning the sun wasn’t up yet and Grasshopper and her pet Pink were heading out to their daily routine. It was a steep hillside where her parents had the garden field. During that time they had to make due to any land they acquired to make a living.

Grasshopper was the fourth to the youngest of 12 children in her family. She was a tiny little child she looked almost Laotion because of her tan face from working in the field all day long. Yet she’s wrapped up in Hmong attire and at the sight of dawn the first crow of the rooster she was already up preparing for her journey with Pink her little companion, a white greyish looking mutt.

It was the same route they had taken every day to their destination. Grasshopper would lead and Pink follows the path. It’s a climb every day for them.

They climbed past the same boulders that looked like an unopen peanut. Today it felt different the air seems more frigid and eerie as they approached the boulders.

Suddenly Pink growls. Pink never growls but today it’s different. Grasshopper’s arm hairs stood tall like soldiers seeing their squad leader coming. A chilly wind shot up her spine as she felt week in the knees. She suddenly didn’t behave when Grasshopper turned around to tell her to stop.

“Shush Pink!” As her little foot almost gave way and she could have fallen on to her face but caught her balance. “Be quiet.” She whisper. Pink jumped back as if Grasshopper had just swung a bat at her and wounded her. Pink scurries away like a coward. Whimpering loudly running back the way which they’d came.

Although Grasshopper nearly urinated in her Hmong skirt. She pretended that she and Pink were just playing fetch. Hoping Pink would come back. As she told her self, “Darn dog scared of a little wind. When she comes back I’ll show her who’s boss. She deserves some knuckles smacking.” As she mumbles away in a hurry. But her heart was palpitating so hard she couldn’t understand what she was saying. She was just glad to get out if there.

As the sun rises to high noon there no sign of Pink anywhere. She already had lunch warmed and had plenty of chicken bone for Pink to chew on. She finishes her lunch and continued to work in the garden field. The hours had passed and Pink was nowhere in the distance. She is now worried something has gone wrong.

Grasshopper stood at the top of the field. Using her hand as a sun visor looking down searching the garden for a sign of rustle in the sorghum field from Pink like she normally does, nothing, not even a field mice. Only the cold breeze that took its time to dance on her head and play tangle with her hair.

It’s amazing how indigenous people comes up with an amazing way to plant rice on a cliff looking down at the village that looked like ants moving along. They managed to get it flat enough to grow rice, extraordinary. Using last years mulch as compost to fertilize the field.

Everything grew up in their field was all organic and hard work. Visiting every other day, depending on what they were planting. They grew anything and everything from Hmong herbs to leafy greens, long beans, mustards, watermelons to pumpkins and many others.

She harvested some greens for dinner. Hoe the chili pepper’s dirt together. She then tidies up the loosed leaves of the tomatoes in a bunch on a stake.

She finally finishes weeding for the day and decided to go home early. Every time she thought about what happened that morning that spooked Pink is starting to spook her now. 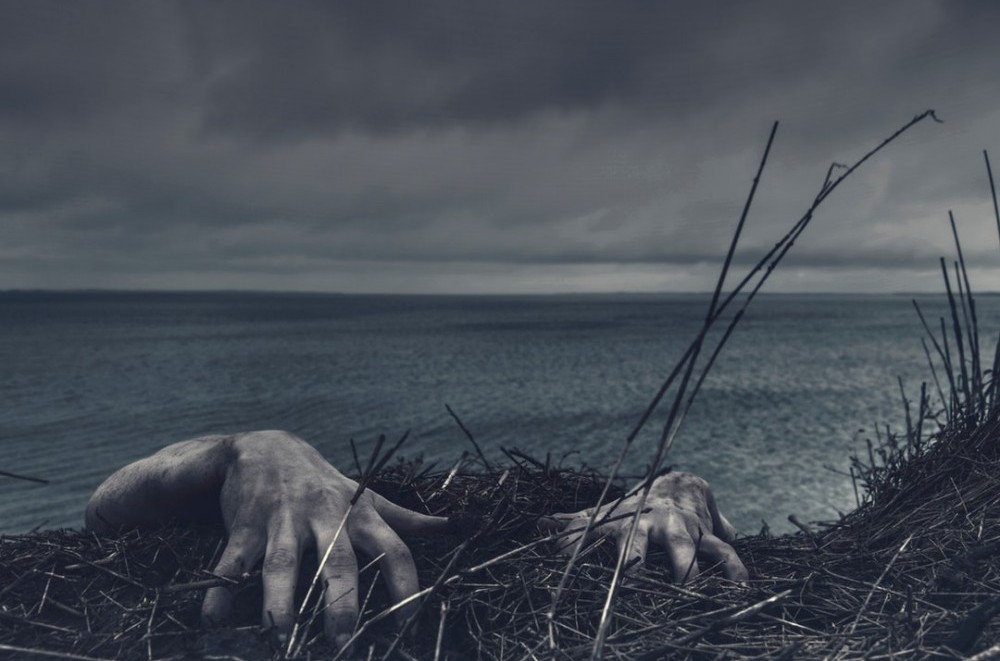 From what perspired earlier this morning Grasshopper took a longer but less creepy way home. Every time she thought about what had happened earlier she gets goosebump all over her body and arms. She can’t wait to come to tell her parent about the situation.

Grasshopper reached home just as the night swallowed the sun and its rays were reaching up for help from the west. It was pretty from a distance. How you can find beauty in such a tragedy? The crickets are now chirping and the crispy air had returned.

Their home was made out of straws, hays, with bamboo strings holding all together. There was no door it was a sheet of straws wrapped together hung on top of the door opening. There wasn’t any kind of flooring except for the dirt floor. Grasshopper swung the straw door opened and rushed in. She saw her father smoking a bamboo pipe that ran from his chin to the floor with a little spout at about a quarter of the end of the pipe to burn opium, by the clay stove that had dinner boiling in a pot.

“Father, have you seen Pink? She got spooked by the peanut boulders and I haven’t seen her since. I’m afraid she may have been spooked.” As her mother walked in to hear her better. “What happened?” He mother asked with concern. “Now mother calm down I’ll find out what’s going on. Now daughter tell me what happened when you two went up to the field?”

Grasshopper told her father of what had happened to her and Pink as soon as she came home. She didn’t realize how scared she was after she told her father and family that gathered around to hear her story that she suddenly burst out in tears it even surprised her, however, she was so relieved to have this story off her shoulders. She balled for a good 15mins.

In the distance there where some rustling behind their hut house. Everyone took a breath. Someone said, “dab os!” (Meaning demon in Hmong) Grasshopper dad stopped them with a sung of his hand, “Be calm.” He said. Grasshopper’s father was a faith healer.

He heals the sick and spiritual healing, for some. As the town’s mayor, everyone but anyone came for his advice and guidance. One day a woman came in complaining about pain in her abdominal. Grasshopper father, Chia Su, used the help of the universe’s power to guide him as he massages the woman’s abdominal reaching in as far as he can go and she can tolerate the pain to pull out pebbles from inside her, out. It as the craziest thing she had ever witness.

Everyone backing up in fright while Chai Su went forward to figure if this a spirit of a being. Slowing he reaches towards the sound, suddenly out pops in Pink! You can hear everyone’s frighten yelp off relief that it wasn’t a bad spirit, but a good being. 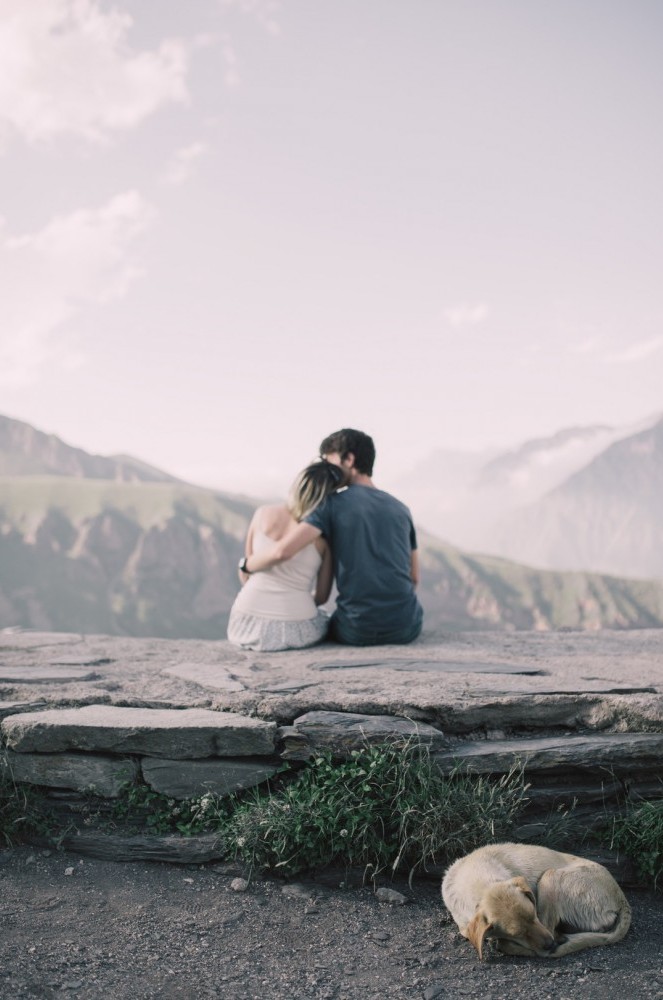 The Mayor asked the local shaman to perform a ritual to ask for some guidance. The shaman searches far and wide in the spirit world asking questions and striking conversations with the dead. In the real world, all you will ever hear are grunting. Mumbo-jumbo nothing makes any sense. But the facts are he’s asking questions and finding who and what happened to them while they were alive.

His attire is just the clothes on his back and nothing but a face mask. A piece of black clothing covering his face. Why? Is when he’s in a trance sitting on a workhorse you wouldn’t see him making grotesque faces. He also has a helper more like an apprentice to catch him if he falls off his horse. During the ride into the spirit world on his horse, he has to jump up and down on the workhorse in real life.

Several hours later after some cups of water, the sweating shaman comes out of his trance to reveal what he had learned.

A long time ago there lived two lovers who were forbidden to love each other. On that fateful day, they made a pact that they will die together if they were not allowed to wed each other. Every year on their death anniversary they come to meet each other there.

Those two boulders were the cliff that they were on before jumping to their death down below. That day was Halloween! 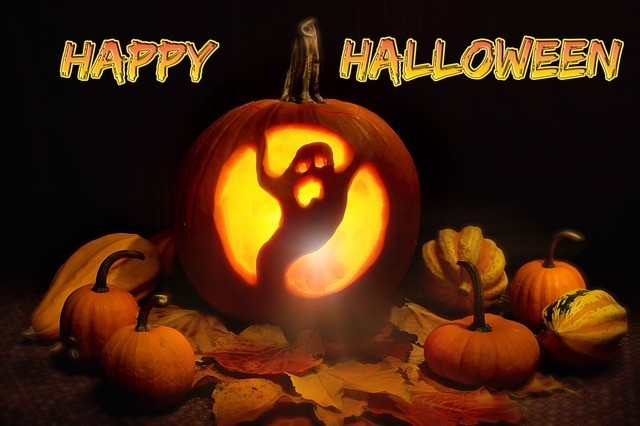 That’s the end of that ghost story, however, it’s a work of fiction based on real-life events. It’s based on many of my mother’s experience in her life. Some of us had experienced more than others, some of us had lived in haunted apartments or houses once in their lifetime. Some don’t know that their place is haunted because the ghosts that occupied it are friendly. Some not so much.